The Hocking Hills region of Ohio is known for its natural beauty and outdoor recreation. Many visitors come to this area to explore the magic of Hocking Hills State Park, which is home to seven major hiking areas. Old Man’s Cave is the park’s most popular attraction! Here, you can follow the trail through the cave and explore its surrounding rock structures, cliffs, and waterfalls. Read on for more tips on visiting Old Man’s Cave in the Hocking Hills!

Do you want to discover more of what this Ohio state park has to offer? Get your copy of our free Hocking Hills State Park Guide. This helpful guide has park and trail maps, interesting facts, and everything else you need to plan an expedition!

You may be wondering how Old Man’s Cave got its name. Particularly, who is the legendary “old man” of Old Man’s Cave? This cave derives its name from Richard Rowe, a hermit who lived under the rock shelter in the early 1800s. Rowe’s family moved to Ohio from the Cumberland Mountains of Tennessee He stumbled upon the Hocking Hills region while traveling along the Scioto River. Rowe lived out his life in the area, and legend says he’s buried beneath the ledge of the main recess cave.

Earlier residents of the cave include Nathaniel and Pat Rayon. These brothers came to the area in 1795 and are also buried near the rock formation. Additionally, the cave served as a stopover for the Shawnee Native Americans on their route from West Virginia to villages along the Scioto River.

Old Man’s Cave is a natural rock formation carved into a gorge by the flow of the Salt Creek and melting glaciers. While the cave is relatively small, the gorge runs for about a half-mile and reaches a depth of roughly 150 feet. It’s marked by five distinct areas: Upper Falls, Upper Gorge, Middle Falls, Lower Falls, and Lower Gorge.

Old Man’s Cave is easy to access from the Inn & Spa at Cedar Falls! The Grandma Gatewood Trail begins at the Welcome Center and takes a relatively straight route through the gorge to Old Man’s Cave. The trail then continues to the Sphinx Head and Overlook rock formations. With plenty of manmade steps and bridges along the way, this route is easy for hikers of all ages and skill levels!

Along the way, you can find the famed Devil’s Bathtub, a unique tiered waterfall, between the Upper Falls and Old Man’s Cave. For those interested in hiking through the gorge, the Grandma Gatewood Trail runs five miles further from Old Man’s Cave to Cedar Falls and Ash Cave! 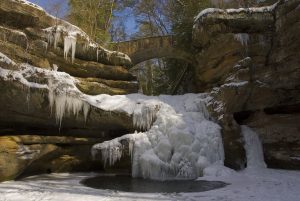 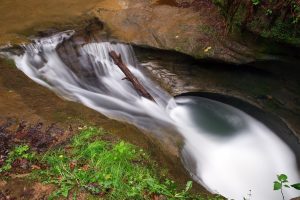 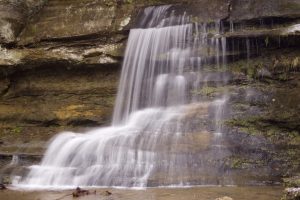 Stay Nearby at the Inn & Spa at Cedar Falls 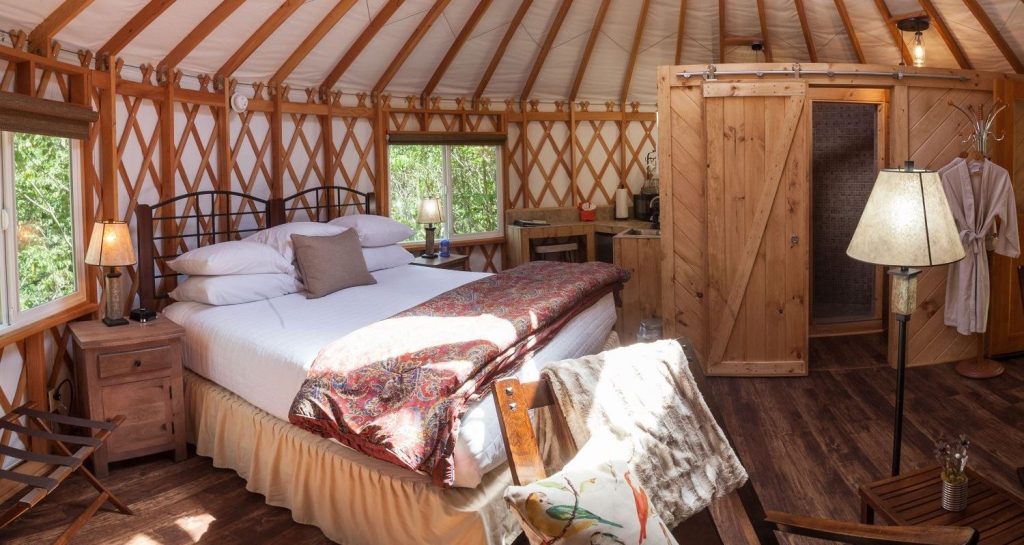 Check our availability to start planning your trip to the Hocking Hills!

Take Me to the Hocking Hills